This September, India’s Supreme Court ruled that gay sex is no longer to be a criminal offence and that discrimination on the basis of sexual orientation is a fundamental violation of human rights. This news was celebrated by the world and hailed as a huge milestone for the country, and for LGBT rights in general – the largest and most populous democracy on Earth was letting its citizens love who they want.

As the world was celebrating however, I had a few British friends message me saying, in effect, “Finally! India has got with the times! This is huge! Congrats!” The messages were genuinely sent in celebration of India’s decision to lift the ban, and because these messages were from close friends I wasn’t offended. However, I did have to remind them that India’s approach to gender identity, fluidity and sexuality has, historically, often been several steps ahead of the West. In fact, I reminded my friends, it was only when India was colonised by the British that rules on gender identity were introduced and homosexuality was banned, bringing the country in line with the values of Victorian Britain.

The British viewed India’s relaxed approach to sexuality and gender as abnormal, immoral and unchristian, and once they had their hands on the country’s policies they enforced their beliefs that there are only two genders and that sexual relationships and marriage should only take place between a man and a woman.

This is therefore a reminder to many that India had a liberal and open approach to sexuality and gender, and was in some regards “with the times”, long before the West. Lifting the ban on gay sex is therefore a final step in India’s ongoing process of decolonisation, and a rejection of the homophobic legacy of the British Empire. This is really what we should be celebrating and reminding people.

Before the British Raj, same-sex intimacy in India was simply a part of life, and the lines between male and female and heterosexual and homosexual in ancient India were blurred. Below are a few examples…

Bhīṣma narrates the story of King Bhangasvana, who, having had a hundred sons is

turned into a woman by the god Indra while on a hunt. Now a woman, she returns to her kingdom, relates the story, turns the kingdom over to her children and retires to the forest to be the spouse of a hermit, giving birth to another 100 children as a female. After some time, Indra offered to turn him back into a man, but he declined. Having sex gave him more pleasure as a woman than it did as a man, he said, and he felt more comfortable as a woman, and so he chose to remain in his new gender. 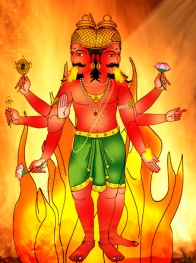 Agni, the god of fire, wealth and creative energy, has same-sex sexual encounters that involve accepting semen from other gods. Although married to the goddess Svaha, Agni is also shown as being part of a same-sex couple with Soma, the god of the moon. Agni takes an interested role in this relationship, accepting semen from Soma with his mouth, paralleling Agni’s role in accepting sacrifices from Earth to Heaven.

Some versions of the Bengali text Krittivasi Ramayana contain a story of two queens that conceived a child together. When the famous king of the Sun Dynasty, Maharaja Dilipa, died, the demigods become concerned that he did not have someone next in line for the throne. Shiva appeared before the king’s two widowed queens and commanded, “You two make love together and by my blessings you will bear a beautiful son”. The two queens execute Shiva’s order and one of them conceived a child.

The Kama Sutra is the oldest and most notable ancient Hindu text on human sexual behaviour in Sanskrit literature. It presents itself as a guide to a virtuous and gracious living that discusses the nature of love, family life, and other aspects to pleasure-oriented faculties of human life. This is another example of India’s open-minded approach to sexual behaviour and preferences, offering advice on sexual positions for both same-sex and opposite-sex relationships.

In the Mahabharata story (the longest Indian epic poem), Arjuna (the son of Indra) is sent into exile upon which he chooses to live his life as a transgender person named Brihannala. He even dances in full Indian garments when performing a traditional Indian kathak dance and embraces his feminine characteristics to the fullest.

Another Hindu epic story is that of Somvat and Sumedha, two childhood friends who decide to get married despite being men.

Other examples of ancient India’s open approach to sexuality and gender include Awadh, in modern-day Lucknow, which had a ruler who would practice living as the opposite gender at times, including changing sexual partners. Bengali novels from the late 19th century, such as Indira, describe lesbian relationships, and Sufi Muslim texts in East India explicitly mention homosexual male romances without shame or guilt. These novels and texts stem from India’s metaphysical beliefs that there is more than the binary of men and women, but a man with a woman’s heart and a woman with a man’s needs. Indians apply masculinity and femininity to the physical bodies of the soul. The Bhagavad Gita itself teaches us that there is nothing unnatural in nature and every way of being is a manifestation of the divine.

This fluid and open approach to gender and sexuality clashed with the British crown’s idea of how society should be. Britain at the time was dictated by the Christian religion and Victorian social beliefs were notoriously prudish and puritanical, and any form of intimacy that was not aimed at procreation was considered unacceptable. Homosexual acts were seen as the worst.

The British Empire implemented Section 377 of the Indian Penal Code in the Raj in 1861, which made it a criminal offence to engage in any form of “unacceptable carnal desire”, the punishment for which was jail, a heavy fine, or both. The law was also implemented in Australia, South-East Asia and African British colonial countries as well. 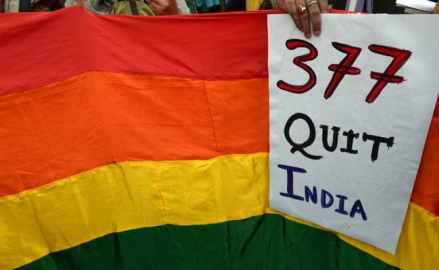 The British Raj also made a conscious effort to alienate and undermine non-binary communities, such as Hijra – a third gender identity who are born male or intersex but present as feminine in dress. Today, Hijra are recognised and protected by law in India, Pakistan and Bangladesh. 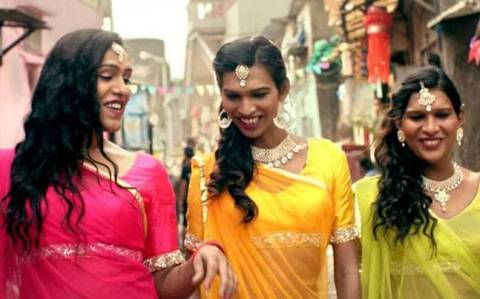 So, what are we celebrating? This welcome move by the Supreme Court, overdue though it may be, is not a matter of India coming to terms with the modern world or trying to “get with the times”. While Britain has perhaps been quicker to throw off the prejudices and discriminations of its past, it is important to remember that it was Britain that first lay these burdens on India’s shoulders. India does not therefore need to play ‘catch up’ with the rest of the world; it has in fact been celebrating gender fluidity and same sex relationships for centuries. India is instead simply shedding an imperial past from its legal framework and embracing a part of its culture and history that has long been buried under the weight of colonialism.